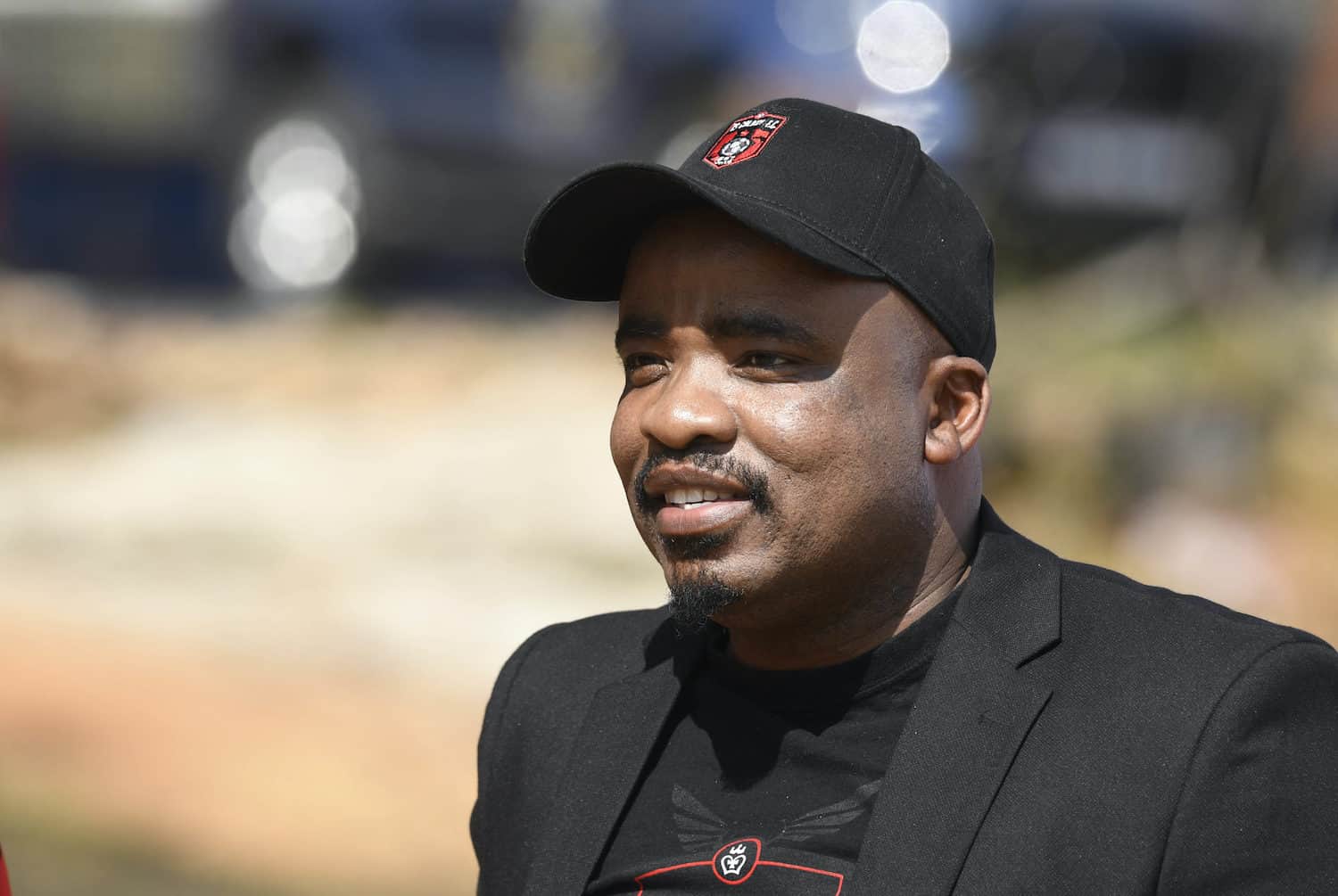 TS Galaxy president Tim Sukazi said there are outside forces who are determined to make sure his team is unsuccessful and relegated to the GladAfrica championship.

READ ALSO: Pirates join Stellies in the race to sign the Galaxy goalkeeper

He claims he can see from the look of the referees before the game that they are out to make sure his team doesn’t win. The Galaxy are currently second behind with 18 points from 22 games.

Speaking with Andile Ncube on Radio 2000 on Wednesday, Sukazi was asked if he stayed true to his words that he said earlier in the season that the team would finish in the top six in the DStv Premiership.

I remain true to my statement, but if I had known that circumstances outside the main game would have shown their ugly face over the course of the season … We are the most sent off club. I don’t know, I haven’t seen it (it happened before). We play a good brand of football, “he said.

“Today in South Africa the teams that play ball and create scoring chances are TS Galaxy and (Mamelodi) Sundowns. I’m honest. We have dominated all the opponents we have played this year except the Sundowns.

“If I had known we would have been sitting with seven, eight or nine red cards, I can’t even keep up with the tally, in 22 games I would have told a different story.”

He was then asked if he really felt there was a third force in all of this: “He doesn’t need a rocket scientist to see him… I mean, here is a club that plays good kind of football, attacks and dominates. opponents. But then each time their momentum is disturbed by a red card.

“We are not an undisciplined club … With all due respect, we are not like the one-time Jomo Cosmos who had Andrew Rabutla and Linda Buthelezi on one team. If we were, then we would be deserving of these cards.

“I saw it last week when we played at SuperSport United, we dominated them backhand but (referee) Thando Ndzandzeka decided the game. You can see it in their eyes when a referee has been briefed (what to do), I can see through them … I saw Thando Ndzandzeka was on a brief and I told the SuperSport officials guys before the game that, ‘guys, this play is in your favor and the referee will decide it for you. ‘

“They came to me after the game, I told Kaitano Tembo I told Coltrane Munyai before the game. They can tell you. What happened is we scored first and drove, the next thing Ndzandzeka out of nowhere gave a dubious penalty for SuperSport to equalize. You could see that he was looking for that moment. What happens after the SuperSport players touch the ball (inside the penalty area) three times at the same time and he doesn’t give the penalty.

“But he gave a very dubious one to SuperSport, so you can see these decisions are designed somewhere and definitely there is a strength. (But) You know what, every dog ​​has his day, that’s all I can say for now.