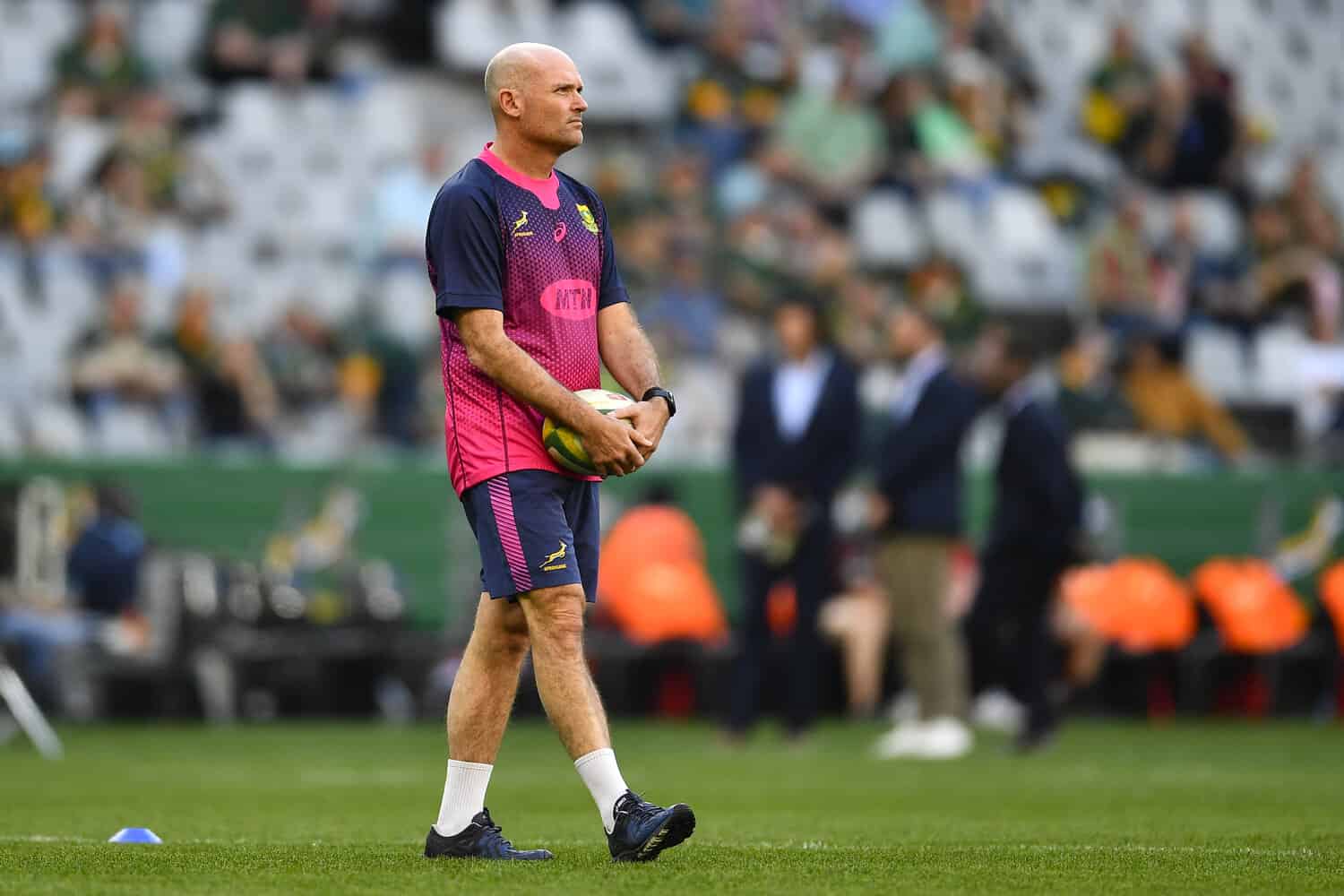 New Zealand coach Ian Foster is fighting to save his job while South African counterpart Jacques Nienaber is battling to silence critics ahead of a Rugby Championship showdown between the arch foes on Saturday.

Foster has been unable to match the results of predecessor Steve Hansen and a 2-1 home series loss to Ireland last month triggered calls for his sacking.

Instead, assistant coaches John Plumtree and Brad Mooar were dumped and Jason Ryan hired by the three-time world champions, who have lost four of their last five Tests.

But were New Zealand to lose in Mbombela, and again in Johannesburg next weekend in the second and final match of a mini-tour, it is difficult to imagine Foster surviving.

ALSO READ: The Greatest Rivalry: Boks v All Blacks — As close as it can possibly get

Foster, who assisted Hansen for eight years before being promoted, acknowledges the importance of the clashes with the Springboks, who have also been world champions three times.

“We are desperate to perform against South Africa,” he told reporters ahead of the first-round match. “There is a lot riding on these two matches.

“It is about the team manning up because the Springboks are not one-trick ponies. That is a complete fallacy.

“What they do well, they do really well. You do not become world champions if you are not proficient at a whole lot of things.

“They are a great team and they play well, but it is also about us not getting too hung up on that either.

“We have to go into the Mbombela Test with the mindset of wanting to play our game. We know we can play better.

“Much has been made of the last (Ireland) series. Did we get everything right? No, we did not. We have to face the Springboks with the mindset of wanting to play our game.

“It is not a matter of bringing in 10 new things. It is about bringing a couple in and honing two or three things that we wanted to do, but did not do well.”

History favours the All Blacks. They have won 14 and drawn one of 18 matches against the Springboks over the past 10 years.

But the overall success did not prevent criticism of Nienaber, who took charge two years ago when World Cup-winning coach Rassie Erasmus returned to his director of rugby role.

A weekly newspaper labelled the Springboks “boorish, boring and brutal” and “a team loved by South Africans but no one else”.

The issue, once again, was the uncompromising physical approach of the men in green and gold, while flyhalf Handre Pollard insisted that “it is in our DNA and we are not going to change”.

Jake White, coach of the 2007 World Cup-winning Springboks, said “they squeeze, squeeze and squeeze until you can no longer withstand the physical onslaught”.

This was evident in the series-deciding third Test triumph over Wales with Pollard, Bongi Mbonambi and captain Siya Kolisi scoring tries through sheer strength.

South Africa have made three changes from the team that started that match in Cape Town with wing Kurt-Lee Arendse, scrumhalf Faf de Klerk and hooker Malcolm Marx promoted.

Arendse wins only his second cap as a replacement for star Cheslin Kolbe, who broke his jaw against the Welsh.

New Zealand show four personnel changes to the side that started the final Test against Ireland with one injury enforced as veteran lock Brodie Retallick is recovering form a fractured cheekbone.