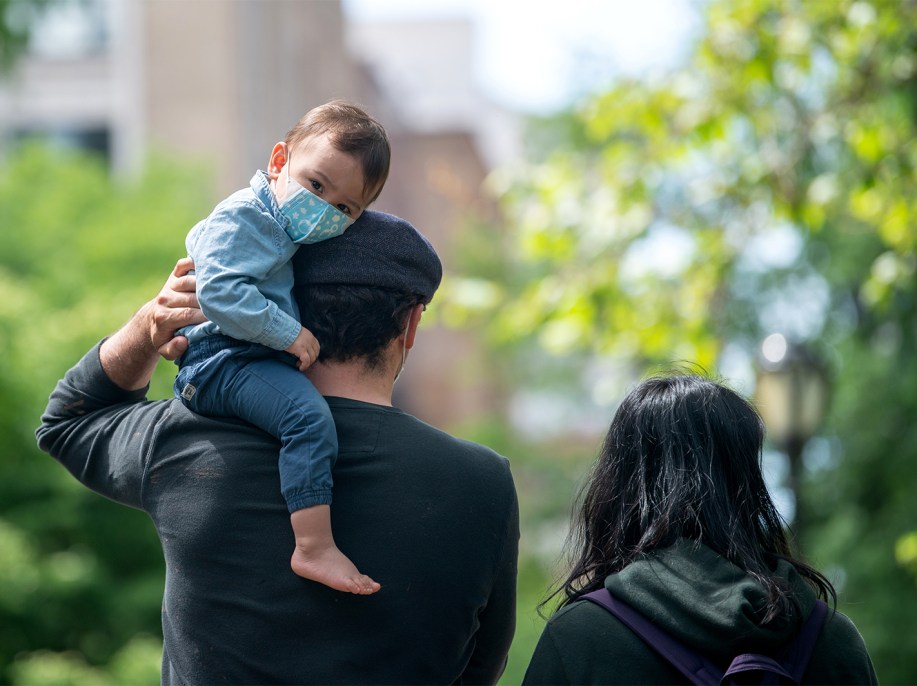 Imagine the federal government could lift millions of American children out of poverty with a single program. That program would help parents put nutritious meals on the table, pay for school expenses and even save for kids’ college — all with no negative impact on the economy.

You don’t have to imagine. We had it just last year … and now we don’t.

By nearly every empirical measurethe expanded child tax credit (CTC) — the policy passed in 2021 that gave parents a few hundred dollars per month for each child in their family — was a wild success, dramatically reducing child poverty and making it easier for families to buy food and pay for housing and utilities. In combination with other COVID-19 relief measures, particularly the stimulus payments that went out to Americans in April 2020, January 2021 and March 2021the CTC helped buffer families against the economic upheaval of the pandemic.

It’s rare that researchers can say with certainty that a program like the CTC actually worked. Politicians usually consider policies in an abstract, hypothetical way, knowing that a piece of legislation might not accomplish their aims. But by the time Congress was thinking about extending the CTC, there was a mountain of cold, hard data showing that this program did a lot to help children and families.

Yet that wasn’t enough to save it. The expanded tax credit ended in December 2021, and chances are low it will be renewed. That tells you all you need to know about which is more powerful in Washington — politicians’ biases or actual evidence.

By the time the pandemic hit, reformers had been pushing for years for the U.S. to establish a universal allowance for families with children. Many other rich countries give some kind of blanket financial support to parents and, not coincidentally, those countries also have lower rates of child poverty.

But it took the ultimate upheaval — a global pandemic — to nudge American lawmakers into action. In the spring of 2021, Democrats in Congress transformed the CTC, an anti-poverty measure that’s been part of the tax code since 1997into a kind of emergency child allowance. Unlike the original version, which parents received as a single lump sum when they filed their taxes, the expanded CTC was distributed in monthly payments. From July through December of last yearmost parents of children under age 6 received $300 per month per child, and most parents of children between the ages of 6 and 17 received $250 per month per child. The new payment was more generous: Families received up to $3,600 per child per year under the expanded CTC, compared to only $2,000 under the original version. And while the original CTC was mostly available to middle-class families, many more parents were eligible under the expanded program. 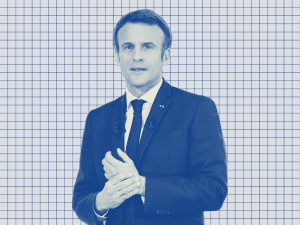 Government programs are often glitchy when they start, but the fact that most families were eligible for the payments meant that they were fairly easy to administer. The IRS already had all the information it needed for anyone who had claimed children on their previous year’s taxes — no additional applications or forms to fill out. The payments went straight into recipients’ bank accounts or they got a check in the mail, with minimal fuss.

And the money helped — a lot. Beginning July 15, the vast majority (88 percent) of families with children received a payment of either $300 or $250 per child. Researchers at the Columbia University Center on Poverty and Social Policy found that the July payment kept around 3 million children out of poverty. At the end of 2021, the researchers estimated that the program was keeping 3.7 million children out of poverty.

“Families were living in very precarious economic circumstances,” said Megan Curranone of the researchers on the Columbia team. “That $300 or $600 per month — it might not sound like much, but when you’re making very little, it can be enough to give you a financial cushion.”

The reduction in child poverty was the big, headline-making finding. But the payments helped in other ways, too. Multiple surveys found that most parents spent the money on essential things like food, rent and bills.

Low-income parents were especially likely to spend the money on basic needs. Several studies found that once the money started arriving, fewer families reported that they didn’t have enough to eat. “The most commonly reported expenditure was food,” Curran said. “After that, it was essential bills — these very basic things that households need.” But the money came in handy for other things, too. When the beginning of the school year rolled around, about one-third of parents who received a CTC payment spent at least some of it on school supplies. Another study found that most parents planned to save some of the money for a rainy day. Some said they would spend the money on tutors for their children — perhaps helping to offset some of the learning loss caused by over a year of school disruptions. The payments helped some families dig themselves out of debt or escape eviction.

The findings were especially striking because there were no strings attached to the money. Parents could spend the payments however they liked. And despite politicians’ longstanding suspicion that if we simply gave people money, they’d run out to buy drugs or cigarettesfamilies were overwhelmingly likely to spend it in ways that directly benefited their children.

Of course, it was possible that the expanded payments had drawbacks, too. For years, some economists had been concerned that a child allowance for all families — whether the parents had a job or not — would give some people a reason not to work. A study published a few months after the CTC expansion estimated that the move would prompt 1.5 million workers to quit their jobs and leave the labor force, canceling out some of the payments’ benefits. In an October opinion column, two co-authors of the study argued that based on their findings, extending the expanded CTC would do more harm than good.

That doesn’t seem to be what happened. When other economists looked at real life data from when the monthly payments were going out, they found that only a small share of parents said they left their jobs. And those people were balanced out by another group of parents who started working after the expanded CTC went into effect — perhaps because they suddenly had enough money to pay for child care.

Researchers sliced and diced the data, looking for any negative effect on the economy. It wasn’t there. “​​Any way that we cut it, we just don’t see an impact on whether parents work,” said Elizabeth Ananatan economics professor at Barnard College and a co-author of one of the studies. “And that’s in contrast with all the work on poverty and material hardship where we see huge, huge effects.”

But the evidence didn’t seem compelling to the one person who controlled the expanded CTC’s fate: Democratic Sen. Joe Manchin. By the fall of 2021, when Democrats were pondering a renewal of the payments as part of a sprawling social policy bill, it was clear that it wasn’t going to get bipartisan support. That meant if one moderate Democrat defected, the expanded payments would expire at the end of the year. Manchin thought the payments were too broad. He didn’t think parents should be eligible unless they had a joband he wanted a much lower income cap for parents to qualify.

There’s a certain logic to his reasoning — the payments shouldn’t discourage people from working, and it should only go to the neediest families. But experts told me that these changes wouldn’t actually translate into money better spent. A complicated formula for determining eligibility can keep the people who most need the money from getting it. And aside from the fact that parents weren’t leaving their jobs because of the payments, work requirements may be counterproductive. “It’s the equivalent of kicking someone when they’re down,” Ananat said. “You might have a sick kid and have to stay home for a day and lose your job. Then you can’t pay for child care to go out and interview for a bunch of new jobs.”

Manchin didn’t agree. By the end of 2021, he reportedly told other senators that without strict limitations, parents would spend the money on drugs — despite a mountain of evidence to the contrary. The Democrats’ social policy bill died in the Senate in Decemberand the last round of the expanded payments went out to families that same month, with no sign of a renewal in sight.

The impact of losing the money was as dramatic as gaining it. In January and February, families with children were more likely to say they were struggling to cover household expenses. Child poverty rose. Parents reported struggling to pay for diapers and child care. A Politico/Morning Consult poll conducted in February found that 75 percent of people who had benefited from the expanded CTC said that losing the money would affect their financial security.

Meanwhile, researchers like Ananat were left standing in frustration on the sidelines, wondering how such a successful program had gone up in smoke. “The thing that’s so heartbreaking to me is that we were able to actually find out what the policy did,” Ananat said. “And now we have an answer. It just helps kids. That’s all it does. And then they just let it go.”