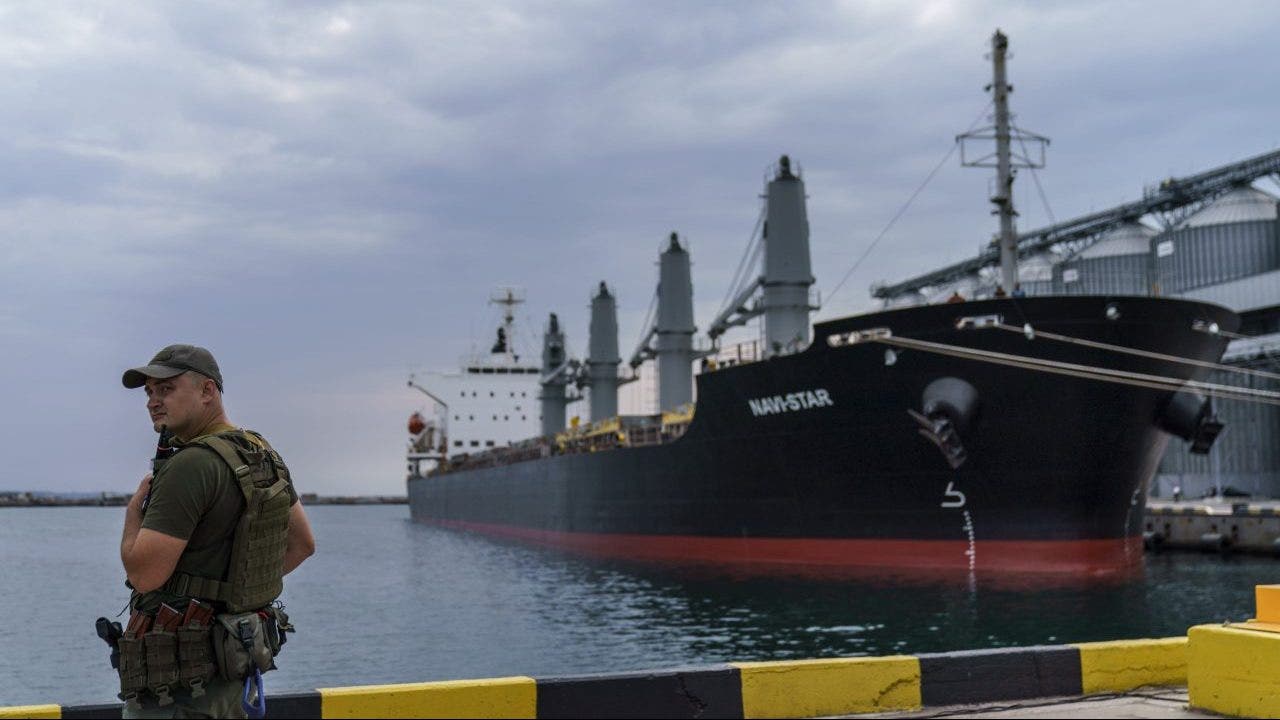 Two of the ships will leave the Chernomorsk port and another will leave a port in Odesa carrying a combined total of more than 58,000 tons of corn.

“We hope for the professionalism of all involved,” Ukrianian Minister of Infrastructure Alexander Kubrakov wrote on Facebook.

A security officer stands next to the ship Navi-Star which sits full of grain.
(AP Photo/David Goldman)

Under the deal that officials reached on July 22, ships are allowed to leave the ports of Odesa, Chernomorsk and Yuzhny with grain, corn and related food.

The agreement appeared to be in peril on July 23 when Russia launched a series of missile strikes at Ukraine’s coastline, but the first ship with 26,000 tons of corn left this week.

Russia’s February invasion of Ukraine has squeezed food prices around the world as both countries are key players in the global commodities market.

The United Nations’ FAO Food Price Index, which reflects the international prices of a basket of food commodities, was up 23% in June compared to the same time last year.

Paul Best is a reporter for Fox News Digital. Story tips can be sent to Paul.best@fox.com and on Twitter: @KincaidBest.