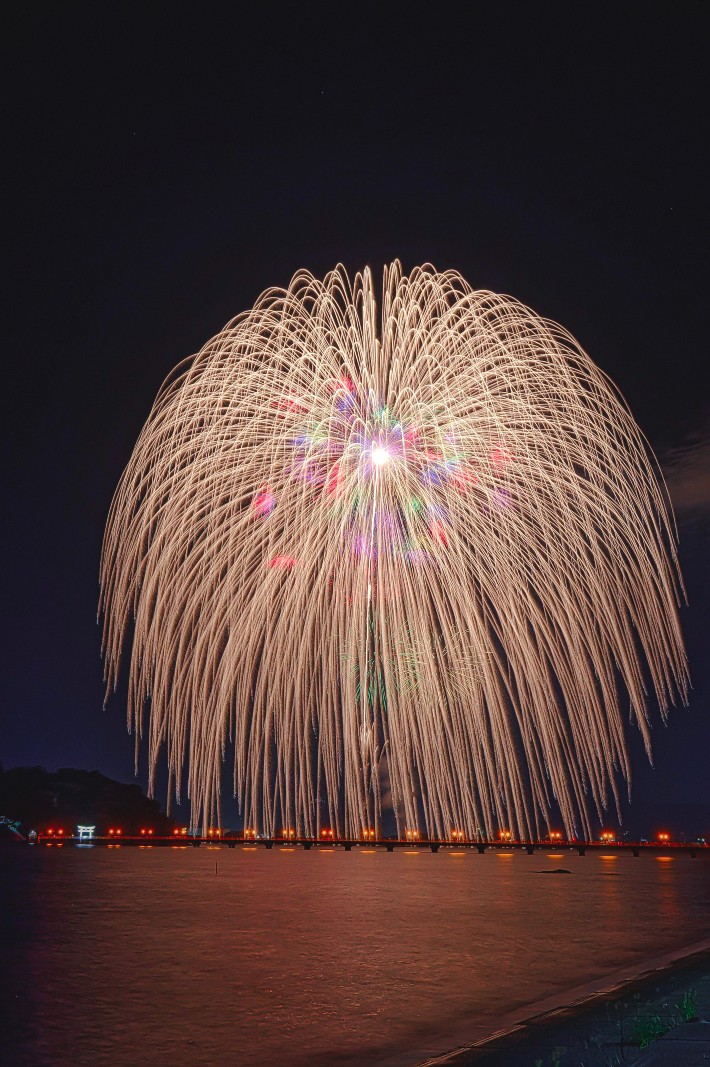 Many Japanese summer festivals are highlighted by grand fireworks shows, some of which are so jaw-droppingly spectacular they draw crowds of spectators from all over the country.

Hosted in the city of Gamagori, Aichi prefecture, the Gamagori Fireworks Festival is definitely one of those shows. While every big fireworks show has its own unique quality, for the Gamagori Fireworks Festival, that’s their own special version of the sanshakudama–a fireworks shell they boast as the biggest in the Pacific Rim. The 90-cm-diameter shell clocks in at over 200kg in weight, and when launched into the sky, explodes into a magnificent fiery flower 650 meters in diameter.

Japanese photographer Ayumi (@a_yumi0425) recently captured a shot of the awe-inspiring shell, sharing it with the caption “The power of the sanshakudama at the Gamagori Fireworks Festival is just too great.”

Taking a look, you can see just how much gorgeous force is held in one shell.

Many on Twitter were blown away by the realization of just how much of the sky one shell takes up, as well as the beautiful image of the fireworks reflecting over the water and an illuminated torii gate. The festival is highlighted by firing three of these shells into the air consecutively, and while she says she couldn’t capture a picture of the first shell, Ayumi says she’s glad the one she caught was the third.