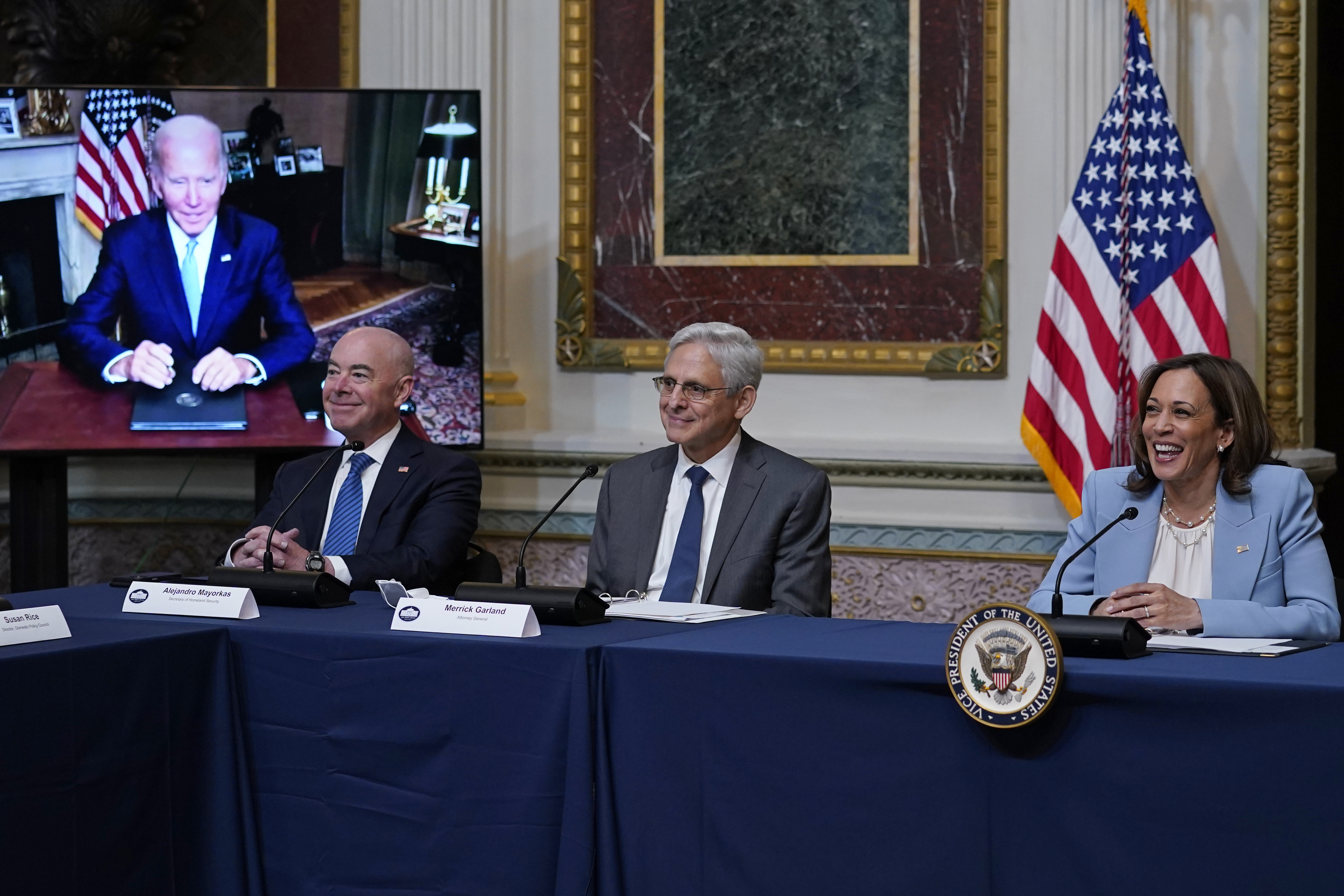 Biden made his remarks virtually at the first meeting of the interagency Task Force on Reproductive Healthcare Access, while he is dealing with a rebound case of Covid-19 and after again testing positive on Wednesday morning.

“What we know is that there is a need for clarity around the rights of individuals and states in this moment,” Harris said. “We know that there are concerns about the kind of support that is available in terms of federal resources to the various states that are protecting the rights of women, and what our administration can do to support that.”

Speaking about the Tuesday election, Harris said: “The people of Kansas spoke yesterday, and they spoke loud and clear. They said this is not a partisan issue. The women of America should not be the subject of partisan debate or perspective.”

“The people of Kansas spoke, and so this is a matter of defense of basic principles of liberty and freedom in America,” Harris added. “And they spoke loudly in saying that they trust women to make decisions about their own lives and their bodies.”

“We have seen a lot of momentum in the last 24 hours in our fight to restore Roe,” she said. “Americans in Kansas showed up to challenge views that would move the country backward, with fewer rights and politicians invading our most personal decisions, and they won.”

The state’s rejection of the amendment represented somewhat of an upset victory for abortion rights activists. Kansas is a state that voted for Donald Trump twice, and registered Republicans outnumber Democrats by nearly a 2-to-1 ratio.

“The president was very clear that in order to protect our rights or codify Roe, we need to make sure our voices are heard,” Jean-Pierre said. “That’s what you saw, you saw the power of the American people last night. That is incredibly important. It was not expected, what we saw last night.”

The administration and abortion rights activists also filed lawsuits in Florida and Idaho on Tuesday, challenging restrictive anti-abortion laws in the respective states.
F
Faith-based groups are suing in Florida, claiming the state’s 15-week abortion ban violates the constitutional rights of free speech, freedom of religion and the separation of state and church.

There have also been a pair of victories for both sides of the argument this week in Michigan and Kentucky. On Monday, a Michigan judge blocked the state from enforcing a more than 90-year-old law on the books that would ban abortions. The same day, just a few states south, a Kentucky court reinstated a near-total ban on abortions.

“Ultimately, Congress must codify the protections of Roe as federal law,” Biden said Wednesday. “And if Congress fails to act, the people in this country need to elect senators and representatives who restore Roe and will protect the right to privacy, freedom and equality.”