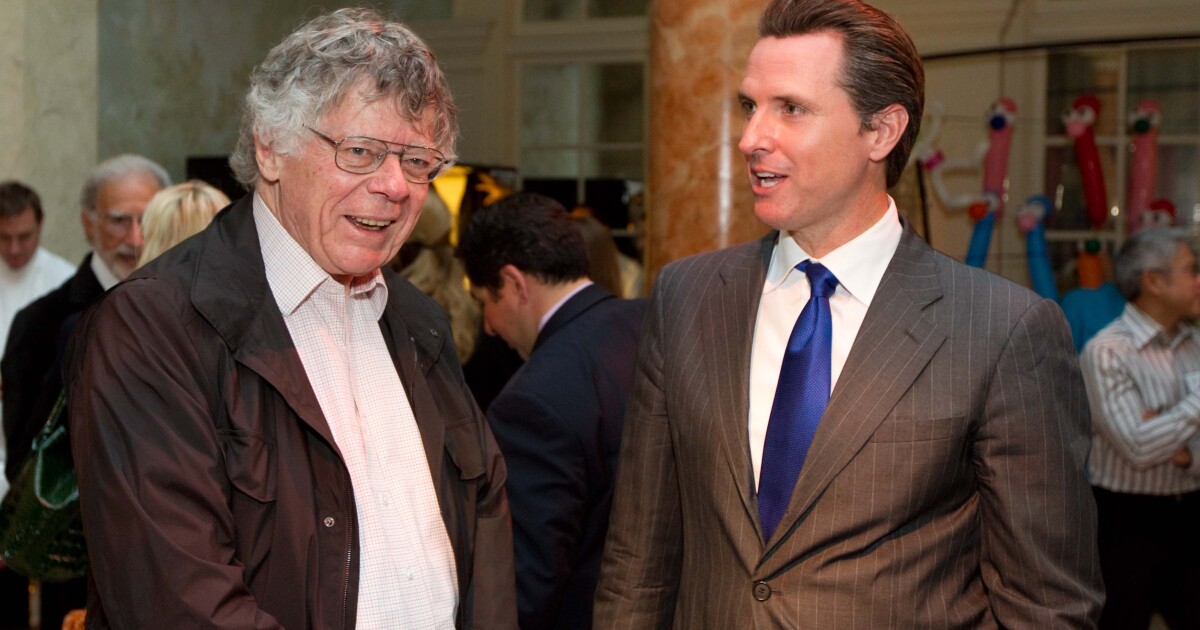 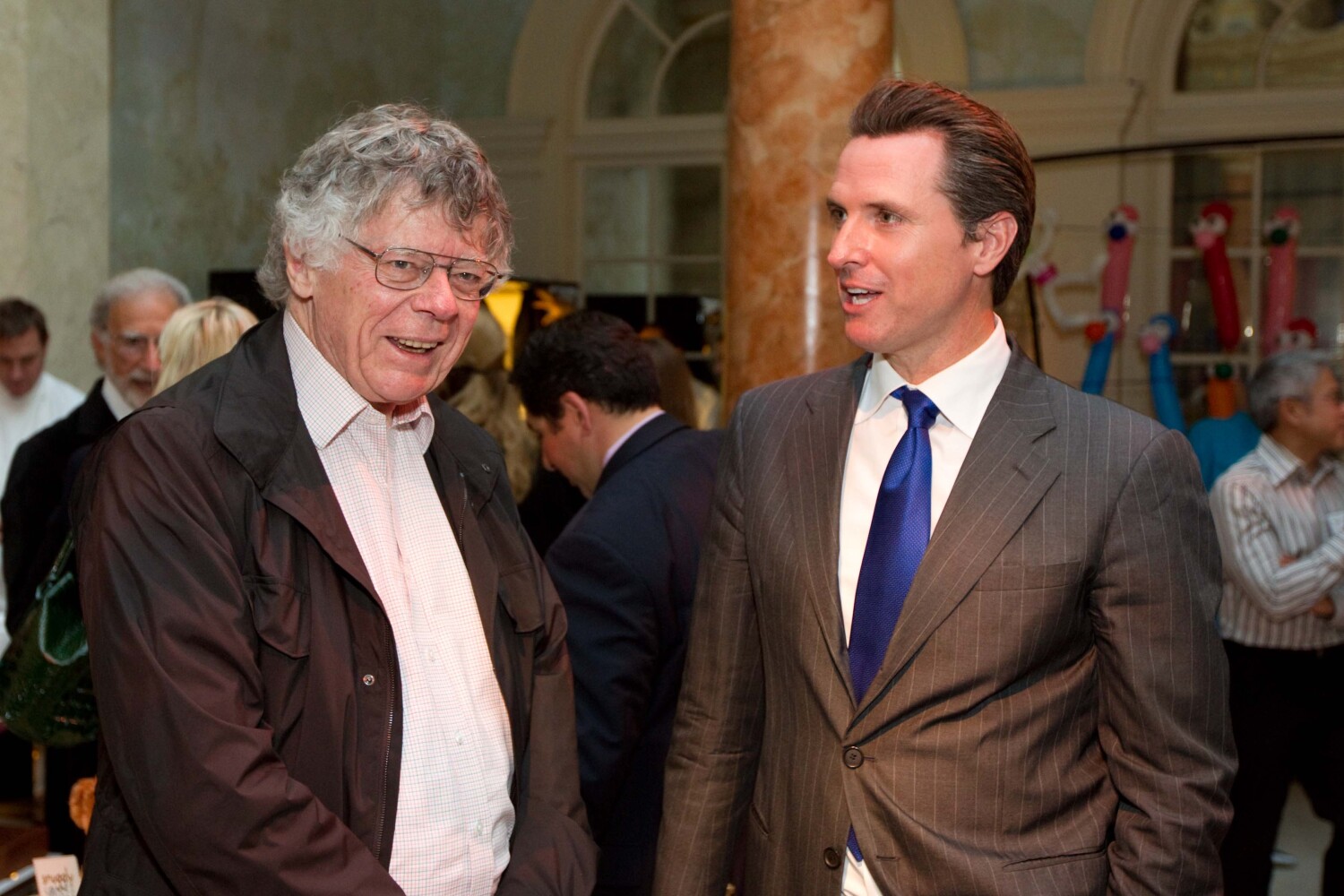 For all that we may be getting fed up with the hijinks of billionaires trying to use their fortunes to get their way in business and government, the lifestyles of the rich and famous still have the power to fascinate and shock.

Consider a lawsuit filed last month in Brooklyn Federal Court by Marlena Sonn, who describes herself as an investment advisor to two of the three daughters of Gordon P. Getty, the heir to the late oil tycoon J. Paul Getty.

Sonn asserts that she helped the Getty offspring reposition their investment portfolios to stress “socially responsible” ventures, in part to help them make “reparations … for the fact that the origin of their tremendous wealth was inextricably intertwined” with climate change and the despoliation of the Amazon Basin.

As one who will be paying for all these avoided taxes and these expensive out-of-state meetings, I find it distasteful.

Her advice, she says, produced great financial success for the clients’ trusts, raising the value of a key trust to more than $1 billion from $600 million in the space of a few years.

But it all came apart, she says, when she started questioning the trusts’ practice of portraying them and their beneficiaries as domiciled in Nevada, even though they spent most of their time in California or New York.

The goal, Sonn alleges, was to evade at least $300 million in California taxes from 2013 through 2021, the period during which she worked for two of the three sisters. That’s Sonn’s estimate of the taxes that may be owed by the one Getty trust in which the sisters have an interest, which is known as the Pleiades Trust. But there are other Getty trusts; if they all follow the practice that Sonn alleges about Pleiades, the amount at issue could be in the billions.

Sonn says her recommendation that they swallow their medicine and get right with California law led to her being fired in retaliation and cheated out of more than $4 million in pay she had been promised.

Sonn filed her lawsuit on May 11, naming Kendalle and Alexandra Getty, their personal investment funds and Robert L. Leberman, who administers several of the Getty family trusts and manages assets for Gordon Getty.

A few words of caution. Most of the defendants haven’t yet responded to the lawsuit, so we don’t know how they would describe their relationship with Sonn. The defendants’ lawyers either declined or didn’t respond to my requests for comment.

Kendalle Getty, however, did sue Sonn in Reno state court about two weeks after Sonn filed her case. In her lawsuit, which has been transferred to federal court in Nevada, Getty alleges that Sonn “coerced” and “pressured” her into guaranteeing Sonn a $2.5-million payout when Getty fired her.

Sonn’s lawsuit bears the hallmarks of an act of vengeance. Taken at face value, it says that Sonn learned that the sisters and their other family advisors were pushing tax law beyond reasonable limits, she advised her clients to stop doing so, and that in retaliation they fired and stiffed her.

Still, Sonn’s allegations are now in the public record, and effectively serve as a roadmap for California tax investigators, should they choose to follow the route. So it’s proper to give them an airing.

Before that, however, let’s remember how the sisters fit into Getty family history.

Their forebear, J. Paul Getty, was judged in the 1950s to be the richest man in the U.S., and possibly the world, thanks to a fortune built from oil wells in Oklahoma and Saudi Arabia.

Getty was also known as a world-class skinflint, famous for having a pay phone installed in his English mansion for guests and for refusing to pay the ransom demanded by kidnappers of his grandson John Paul Getty III, instead lending his own son part of the money and charging him interest on the loan.

Among the manifestations of his fortune and art collection are the Getty Center and Getty Villa in Los Angeles.

Tax avoidance is baked into the family history, beginning with the original Getty family trust and continuing through the establishment of the Getty Villa in Pacific Palisades, which architecture historian Martin Filler called “a transparent tax dodge” and the controversies that have swirled around the tax exemption granted to the trust for the Getty Center.

Gordon P. Getty, 88, is J. Paul Getty’s fourth son and heir. Though he originally entered the oil business himself, he preferred to make his career as a classical music composer. In 1986, 10 years after the death of his father, Gordon sold Getty Oil to Texaco for $10 billion.

Gordon had four sons, as far as was known to the outside world. In 1999, however, the news emerged that he also had three daughters by a longtime mistress, Cynthia Beck — Nicolette, Kendalle, and Alexandra. This became public when the sisters filed a petition, which was granted, to change their names from Beck to Getty.

Gordon Getty openly acknowledged paternity: “Nicolette, Kendalle and Alexandra are my children,” he said. “Their mother, Cynthia Beck, and I love them very much.”

Of the three sisters, all of whom are in their 30s, Kendalle, an avant-garde multimedia artist, may be the most prominent as a public figure. Nicolette isn’t a named defendant in Sonn’s lawsuit and doesn’t appear to have been a Sonn client.

The Getty family trust, of which Gordon and his sons are beneficiaries, was restructured by creating a successor, known as the Pleiades Trust, to benefit his daughters. Gordon became the principal beneficiary of Pleiades, which the lawsuit says his daughters will inherit after his death. From 2015 through 2020, Sonn asserts, Gordon received about $176 million from the trust. The sisters received modest fees and loans from their father.

Sonn entered the story in 2013, when she says she took over the management of Kendalle’s $5-million portfolio from Goldman Sachs.

Kendalle wanted her investments to reflect her “progressive … interests, ethics, and values,” Sonn recounts; Goldman Sachs had invested her money largely in broad market funds. Alexandra became Sonn’s client later that year. Sonn began attending the quarterly meetings the three sisters had with their father regarding the management of Pleiades.

Sonn says she became more than a financial advisor to Kendalle, who “regularly turned to Ms. Sonn for advice on interpersonal relationships with various family members, roommates, and/or romantic partners.”

She says that “anytime that Kendalle was in crisis, she would call on Ms. Sonn … to clean up her messes and help her navigate personal troubles.” Sonn says she was paid a total of about $180,000 by Kendalle and Alexandra, plus bonuses at the sisters’ discretion.

Kendalle, in her own lawsuit, acknowledges that over the years she came to “unconditionally trust, accept, and depend upon” Sonn. She alleges that Sonn used that relationship to arrange an “inflated” bonus, which Sonn disputes.

Sonn says she eventually learned that much of the management of the Pleiades Trust was designed to preserve the “fictional” impression that everything connected with the trust was domiciled in Nevada, including its clients.

This was important, she says, not only because Nevada has no income tax, but because it has become a recognized tax haven thanks to financial secrecy laws not unlike those of the Cayman Islands.

The first glimmer of this strategy, she says, came when a trust official told her that New York state taxes wouldn’t be withheld from her paychecks, even though she lived and worked in the state.

Things came to a head in 2018, when all three sisters were mostly living in California and became aware of the state’s “throwback” rule, which allows California to tax trust income if it determines that the recipients were state residents at the time they received the money and while it was accumulating in the trust.

The Getty family, Sonn asserts, was counting on its political pull in California to minimize that possibility, but that was a “calculated risk.” Among their connections is Gov. Gavin Newsom, whose father, Bill, was a lifelong friend and a financial manager of Gordon Getty. Gordon, who is now a business partner of Gavin Newsom’s, and other family members have contributed hundreds of thousands of dollars to Newsom’s political campaigns over the years.

The burden of hiding their California presence began to weigh on the sisters, according to Sonn. Her lawsuit says they wanted to live openly in California and stop worrying about taxes.

Nicolette allegedly complained to Leberman in an email about the cost of the strategy, which included “quarterly out-of-state meetings for 30+ people in expensive hotels … using private jets, etc. … As one who will be paying for all these avoided taxes and these expensive out-of-state meetings, I find it distasteful.”

According to the lawsuit, “Ms. Sonn repeatedly encouraged Kendalle and her sisters to just pay the California taxes.” Sonn says that eventually all three sisters fell into line with Leberman’s advice about continuing what she calls “the dubious tax avoidance scheme. … Ms. Sonn’s dissenting views on the matter were no longer welcome.”

She says Alexandra fired her in January 2021 with a commitment for a $2.5-million severance payment, but later tried to settle for $30,000. Sonn says she’s seeking “fair and just compensation” via the lawsuit. She says Kendalle separately agreed to a $2.5-million severance, split into three annual installments of $833,333, but paid only the first.

There are lessons to be drawn here, though they’re necessarily conditional, given that we now have only one side of the story.

If there’s a corollary to Benjamin Franklin’s observation about death and taxes being the only certainties in this world, it’s that the 1% will defend their tax breaks to their last drops of blood.

Even if Sonn’s lawsuit is an act of revenge, it could still serve a public service. If she’s right that Gordon Getty and his daughters ripped off the state of California to the tune of $300 million or more, don’t overlook that you, the ordinary taxpayer, got the bill.