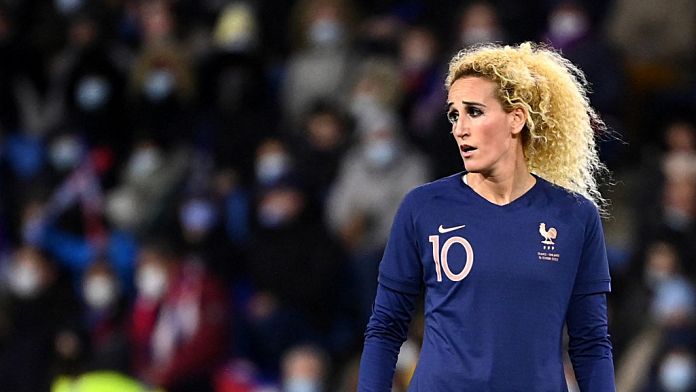 Three men have been arrested over the attack on French female footballer Kheira Hamraoui last November.

Prosecutors confirmed the suspects — all in their 20s — were detained “at their homes” in the Paris region on Wednesday morning and taken into custody.

A source close to the investigation says that all three men are suspected of direct involvement in the attack. They are being investigated on suspicion of “criminal association” and “aggravated violence”.

The assault of Hamraoui sent shockwaves across France and severely disrupted her 2021-22 season and career.

The PSG midfielder was travelling home from a team dinner with teammate Aminata Diallo on 4 November 2021 in Chatou in the Yvelines.

The pair were attacked by two masked men with iron bars, with Hamraoui sustaining injuries to her legs.

Investigators initially arrested Diallo on suspicion of involvement, suggesting that there had been a rivalry between the two teammates, who both play in midfield.

Diallo — and a man in Lyon — were both later released without charge. The 27-year-old has always strongly denied any involvement.

Authorities are now investigating the affair between Hamraoui and former French footballer Eric Abidal, who was director of football at her former club Barcelona. Abidal’s wife has since filed for divorce.

The attack on Hamrouai also led to a breakdown in relations at her club PSG. The 32-year-old has also filed a complaint against a social media influencer and an independent journalist for “defamation, public insults, threats and invasion of privacy”.

Hamraoui is currently under contract with the French club until June 2023 but has been left out of the professional squad since the start of the season.