By Julian Bovill For Mailonline

Frenchman Quartararo performed well in the race in seventh and felt well positioned to challenge through to third after that.

But on the third lap, the reigning world champion got away after colliding with Marc Marquez’s back.

The six-time world champion, racing for the first time since June, backed up into Turn 3 to avoid rear wheel slip.

Rear camera footage from Quartararo’s bike shows him then colliding with Marquez’s back before sliding out and throwing him off his Yamaha.

As a result of being thrown across the road at a speed of 160 km/h, the Frenchman suffered burns from friction and abrasions to his chest and upper body after being hit by his bicycle. 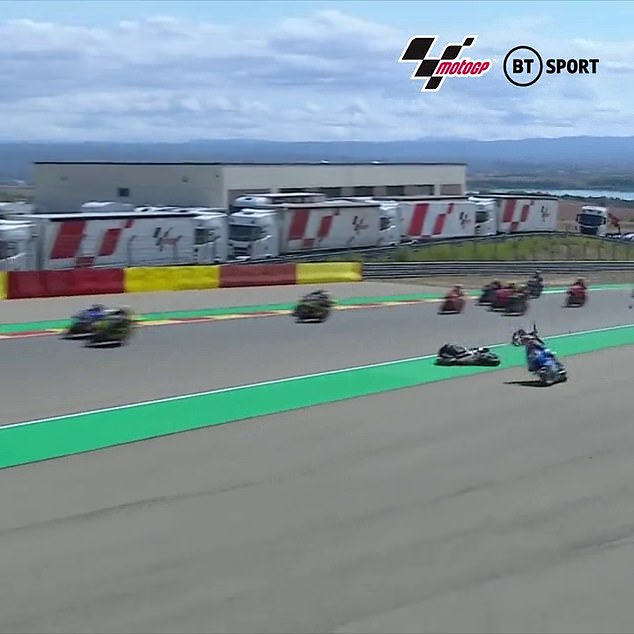 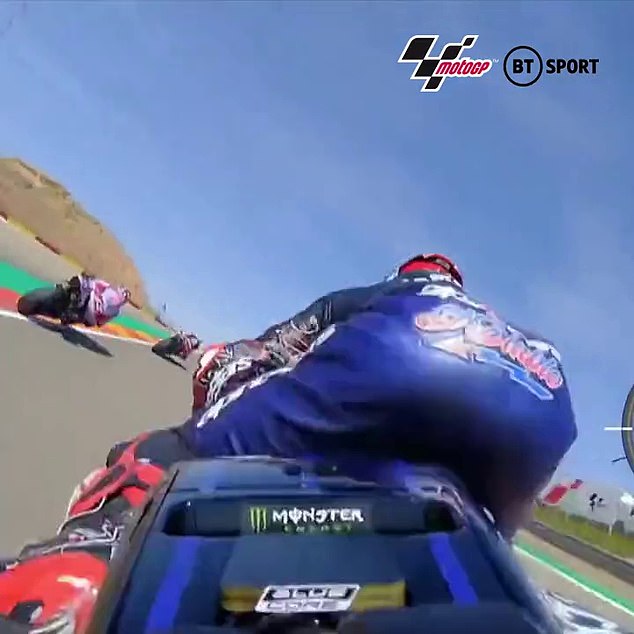 Rear camera footage showed him cornering, unable to avoid the man in front of him

After the race, Quartararo, who had bandages wrapped around his body, particularly his torso and upper chest, was asked how he felt after the fall.

“Sore and burned. It’s a shame because it’s the first time in many years that I’ve felt good in Aragon,” he said.

“Marc spun so well but also had a slide. I had better grip, didn’t expect that and just hit the back [of him]. I don’t remember the situation clearly, but it’s a shame only at the third turn,” he added. 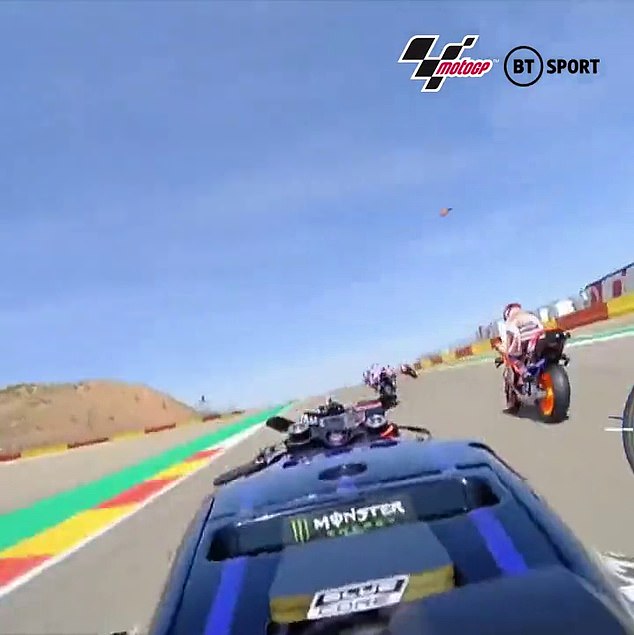 Despite his injuries, the Frenchman hopes to be back at the next GP – on Sunday in Japan.

“Japan is a circuit that I love,” said Quartararo. “Hopefully we can race there [despite the typhoon warnings] because many riders have never been to Japan on a MotoGP bike, like [Enea] Bastianini.

“I think Japan can be a good track for us because even if there’s a lot of acceleration, there’s also a lot of braking. This is our strength. So hopefully Japan happens. ‘ 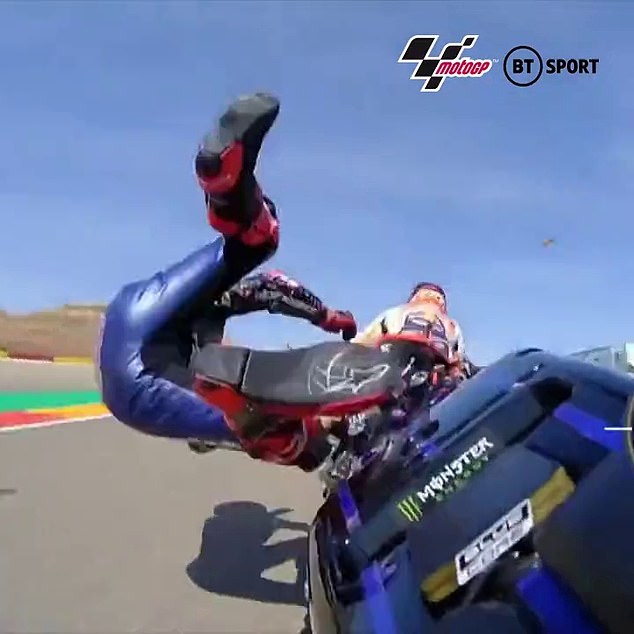