The best and worst of the 2022 Emmys red carpet: Live updates 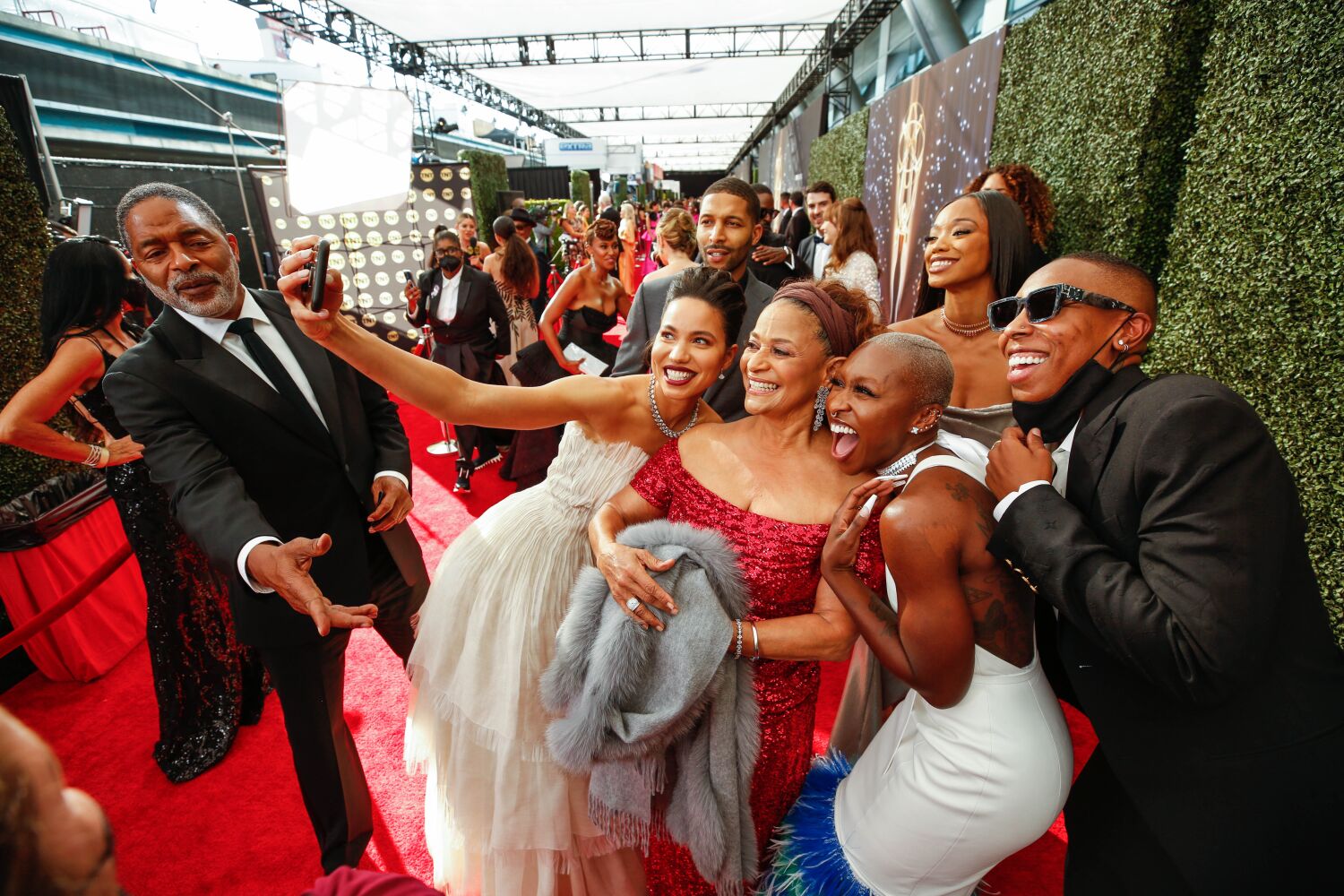 While the 74th Emmy Awards ceremony, which starts at 5 p.m. Pacific (live on NBC and streaming on Peacock), marks the start of an awards season that will stretch until mid-March, stylephiles, fashionistas and sharp-tongued observers know the real competition starts two hours earlier, when the show before the show — the red carpet arrivals — begins.

And while every red carpet season unfolds against a backdrop of world events that end up being referenced in wearable ways both subtle (lapel pins) and not-so (think 2018’s Golden Globes black-dress blackout), this year’s Emmys arrive with a war raging in Ukraine, the recent passing of a beloved monarch and a full-on climate crisis. And that’s just for starters. How will the stars stylishly pay homage to Queen Elizabeth II? Will the blue-and-yellow hues of the Ukrainian flag make their way into any of the night’s standout looks? Will there be at least one jokey accessory (a hockey mask or football helmet, maybe?) serving as a visual callback to the slap heard ‘round the world? And who is bringing the heat, though hopefully not the humidity, fashion-wise?

I’ll be sharing my thoughts here as the show before the show unspools, beginning at 3 p.m. PT.