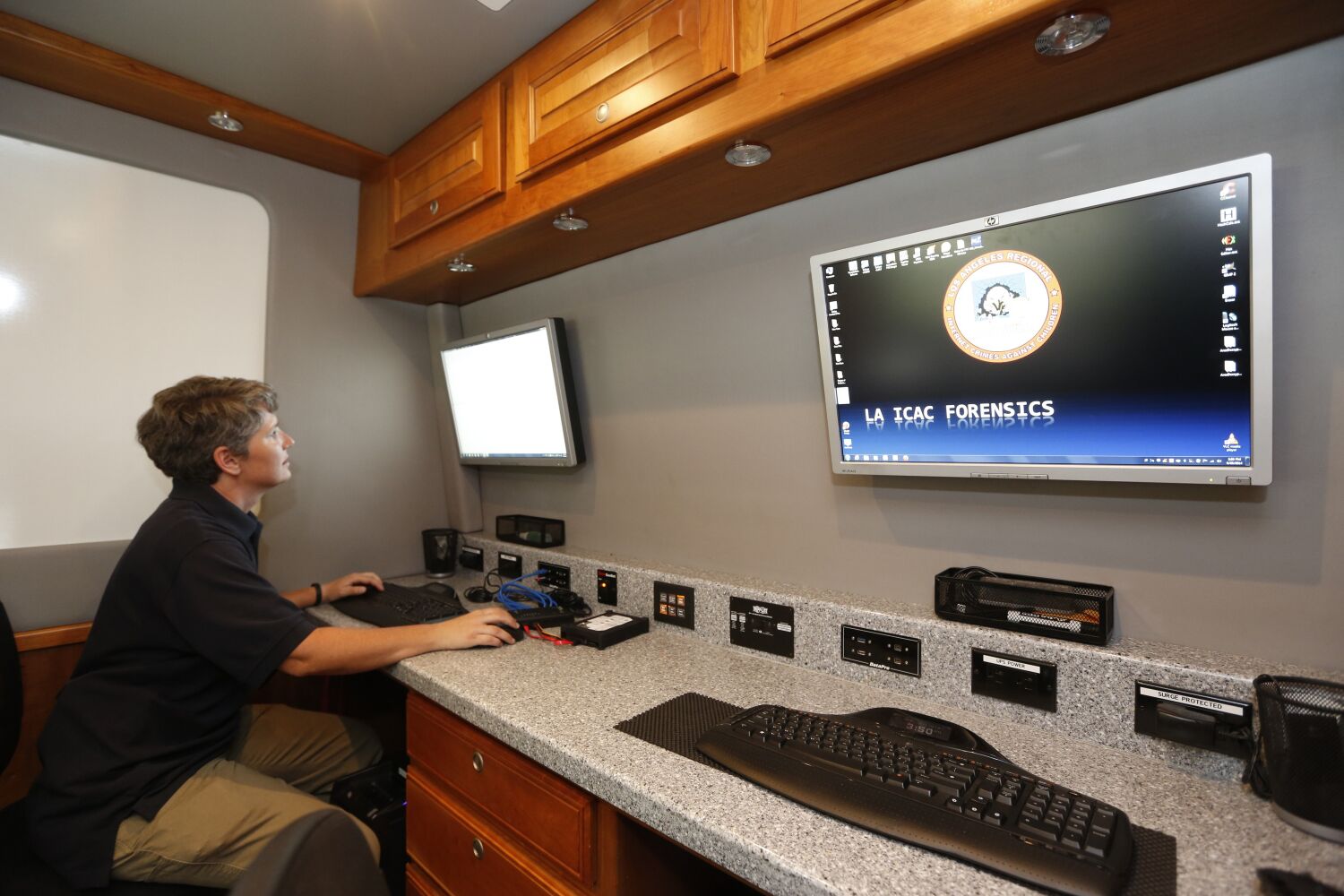 Authorities arrested 141 people across Southern California — most of them on suspicion of possessing child sexual abuse material — as part of a weeklong operation targeting online abuse, officials said Wednesday.

The effort was spearheaded by the long-running Los Angeles Regional Internet Crimes Against Children (ICAC) Task Force, which comprises dozens of law enforcement agencies led by the LAPD. The results of the operation, which was conducted Sept. 6-12, were announced at a news conference outside Los Angeles police headquarters early Wednesday.

LAPD Capt. Jeff Bratcher said many predators take advantage of the anonymity of the internet to target victims — for example, by infiltrating online gaming sites where they might try to convince a child to send images of themselves in exchange for virtual credits that can be used to make in-game purchases. The rise of esports and social media platforms in recent years has caused a surge in abuse reports, he said.

Although parents are “so used to seeing digital devices in their kids’ hands,” he said, he encouraged them to more closely monitor their children’s internet activity.

“It’s not the same stranger in a van that your mom and dad and my mom and dad warned us about; it’s a whole different type of threat,” he said. “And they never really know who they’re talking to.”

Among those arrested, the majority were wanted on suspicion of possessing, distributing or manufacturing child sexual abuse material, authorities said. An additional 18 people were booked for parole or probation violations, six were wanted for sexual abuse of a minor, and two each for the charges of statutory rape and pimping. Three people were arrested on suspicion of causing a domestic disturbance.

The pediatrician, Dr. Gary Goulin, was fired from the hospital sometime after his arrest last November by the LAPD’s Juvenile Division and has been ordered not to practice medicine while the case against him is pending, according to the City News Service. He has since pleaded not guilty to possession of child or youth pornography, the wire service reported.