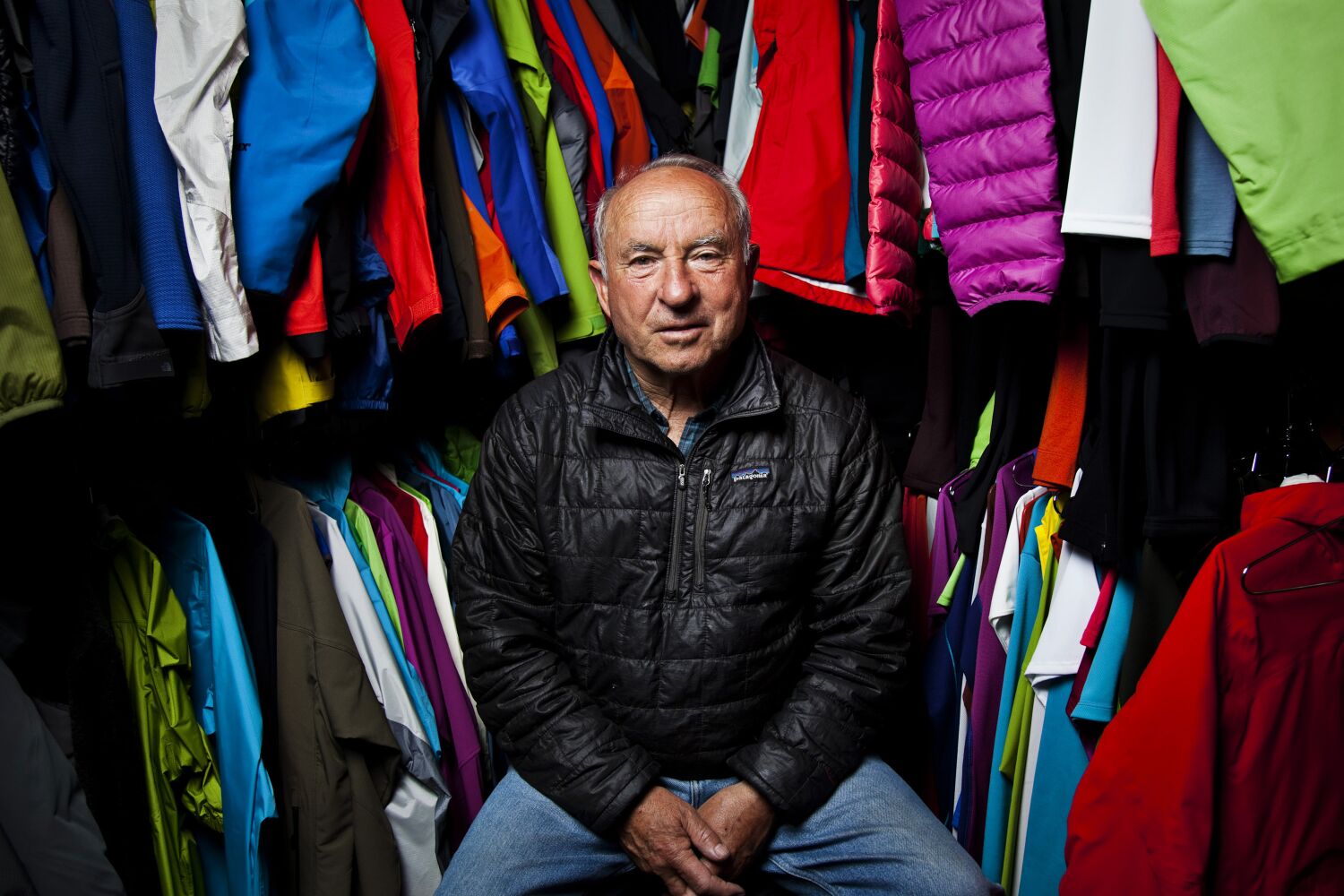 Patagonia founder Yvon Chouinard is giving his company away — to planet Earth, he announced Wednesday.

“I never wanted to be a businessman,” Chouinard wrote in an open letter announcing the transfer of his roughly $3-billion controlling stake in the company to a trust and a nonprofit.

It’s a sentiment he’s expressed time and time again, telling the Los Angeles Times in 1994: “I can sit down one on one with the president of any company, any time, anywhere, and convince them that growth is evil.”

Chouinard and his family transferred their voting stock to the newly established Patagonia Purpose Trust, which will ensure that Patagonia maintains its commitment to corporate responsibility and donating its profits. The rest of the company, about 98% of its shares, was donated to the Holdfast Collective, a nonprofit organization that will receive all of the company’s profits, roughly $100 million a year, and use them to fight climate change.

“This is one of those heart-stopping moments when the apparently impossible becomes suddenly possible — and then ultimately, through a dazzling display of leadership, inevitable,” said John Elkington, a pioneering authority on corporate responsibility and sustainable development who is credited with coining the terms “green growth” and “triple bottom line.”

The Ventura-based outdoor apparel company was founded on Chouinard’s love of the great outdoors. He grew up in Burbank and took to climbing the Tehachapi Mountains in his teens, surfed along Highway 1, and eventually became a skilled rock climber who lived out of his car in the Yosemite Valley.

In 1957, he started by creating his own line of reusable climbing spikes that were hammered into the rock. When he discovered his hardware was severely damaging the rock, he phased out of that business and introduced an alternative in 1972 — and it quickly became a hit with climbers. In an early catalog, he espoused the importance of enjoying the wilderness while preserving it, leaving no trace behind.

“We have always considered Patagonia an experiment in doing business in unconventional ways,” Chouinard wrote in his book “Let My People Go Surfing.” “None of us were certain it was going to be successful, but we did know that we were not interested in ‘doing business as usual.’”

Over the decades, Patagonia has displayed a unique brand of corporate activism backed by its commitment to sustainability. In 2018, the company changed its mission statement to something plain and direct: “Patagonia is in business to save our home planet.” In more recent years, its environmental activism has extended directly into the political sphere as well.

Elkington said the announcement was “totally in character, yet still blew my socks off.”

“For me, Yvon has always represented true north,” Elkington said. “And hundreds of CEOs and other business leaders will now be forced to reconsider their own takes on the climate challenge.”

Here’s a timeline of some of Patagonia’s biggest moves in social activism:

1972: “I don’t really have the guts to be on the front lines,” Chouinard wrote in 2013, but he has supported activists since the conception of the company. A year before its official founding, he gave desk space to a young activist who fought to protect the Ventura River from a commercial development near the river’s mouth.

1985: Began donating 10% of its profit to conservation groups, which it later changed to 1% of all revenue.

1989: Together with REI, the North Face and Kelty, founded the Conservation Alliance, which collects membership dues from companies to distribute to grass-roots environmental organizations. As of 2022, it had more than 270 member companies, and it plans to distribute more than $2.2 million this year.

2011: Ran an ad in the New York Times urging readers, “Don’t Buy This Jacket” to bring attention to the company’s Common Threads Initiative, which allows consumers to buy or trade in used Patagonia clothing.

2018: Endorsed Senate candidates for the first time, including Sen. Jon Tester in Montana and then-Rep. Jacky Rosen, who both won their races. The company also helped launch the “Time to Vote” initiative, which resulted in more than 1,000 companies committing to giving their employees enough time to vote on election day. Former CEO Rose Marcario also announced the company would donate $10 million to climate change groups — the amount of taxes Patagonia didn’t have to pay because of corporate tax breaks during the Trump administration, she said.

2020: Released limited-edition shorts with the tag, “VOTE THE ASSHOLES OUT.” They quickly sold out. The same year, Patagonia pulled all ads from Facebook and Instagram and continues to boycott them for failing to “take sufficient steps to stop the spread of hateful lies and dangerous propaganda on its platform.”

2022: Announced it would provide bail for employees who have taken a nonviolent civil disobedience class if they were arrested while peacefully protesting for abortion rights after the Supreme Court’s decision to overturn Roe vs. Wade.